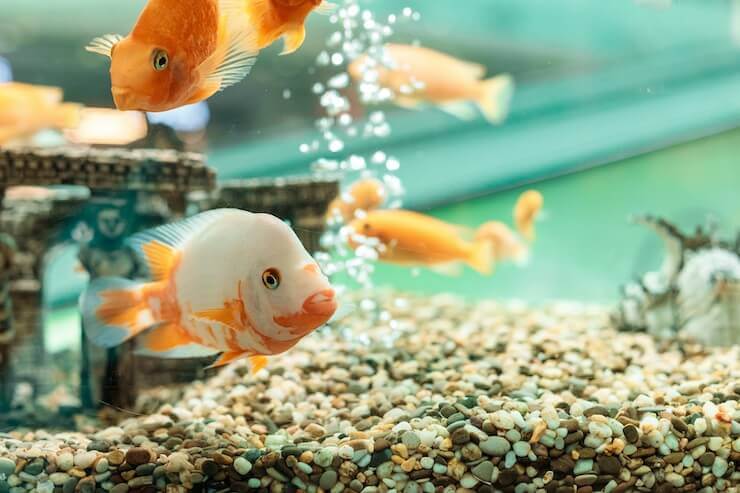 A freshwater aquarium contains species that are found in lakes and rivers, including a variety of plants of other freshwater invertebrates like snails and shrimp. Whereas saltwater aquariums house a snapshot of what is contained in the ocean. This includes marine fish, corals, anemones and other saltwater species.

With saltwater the water parameters (like salinity and pH) are generally stable since their is so much water in the ocean. This means rapid changes in water parameters is not possible. Therefore, marine life has evolved to survive in fairly constant water conditions. So in a saltwater aquarium you will be spending large amounts of time to stop water parameters from fluctuating.

Now let’s look at the differences in cost.

Saltwater aquariums will generally cost more. This is because they require much more equipment for the tank, including: powerheads, protein skimmers, saltwater testing kits, marine salt, live rock and even the fish. These aquariums also tend to be larger than freshwater aquariums. A larger tank size helps to maintain water parameters however it comes with more upfront costs, including the cost for a larger aquarium, stand and a stronger filter. Whereas with a freshwater aquarium they need less equipment and the fish tend to be cheaper too.

Finally let’s look at the differences in fish between the two different water types. Most marine species are more vibrant than freshwater fish. Marine fish have more varied and brighter colors. With saltwater setups you also have reef aquariums which can accommodate anemones and coral reefs which are also visually impressive.

This is not to downplay freshwater fish though. They are stunning in their own right and can come in a variety of shapes and colors. Planted freshwater aquariums are also a visual spectacle! 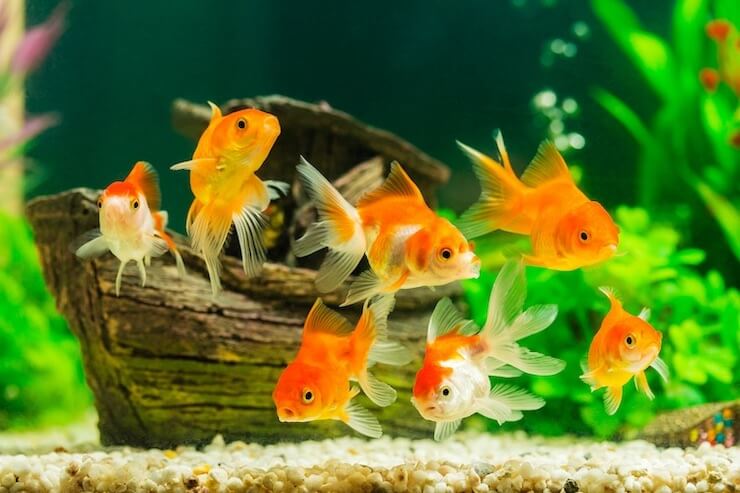 Freshwater aquariums uniqueness is their accessibility. You can find aquariums in pretty much any size and shape. Also just about anyone can keep a freshwater aquarium due to their low maintenance. Freshwater fish also tend to be more forgiving, so any mistakes that may occur tend not to be too severe. For a typical tank you can expect to spend a 1-2 hours per week taking care of fish – this includes weekly water changes and the monthly filter maintenance.

With a freshwater aquarium you will need to consider the initial set up costs which includes: the aquarium, lighting, set up (e.g. gravel, caves, plants) and of course, the fish. Freshwater fish tend to be cheaper and many popular varieties only cost around $5 each. Ongoing costs include electricity, food, testing kits and water conditioner. 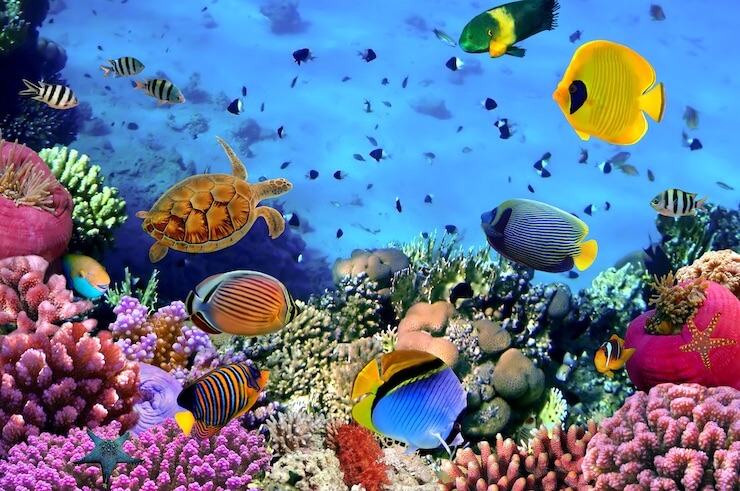 Saltwater aquariums are a great choice if you want to keep some of the most colorful and beautiful fish in existence. A well maintained saltwater aquarium is fairly rare.

The variety of colors and interesting aquarium layouts are very different when compared to the more common freshwater tanks. Some of the most popular saltwater fish are: Clownfish, Green Chromis, Gobies, Dwarf Angelfish and Cardinal Fish.

However, these marine fish are a rite of passage. In order to keep these beautiful fish you must be able to successfully deal with the additional difficulty and maintenance. The main difficulties with keeping a saltwater aquarium are water changes and introducing fish.

Tank maintenance for a saltwater aquarium is a lot more involved. It is not uncommon for people to check their aquariums multiple times a day to make sure everything is running smoothly. A lot of work goes into keeping the water parameters constant and adding and mixing salt in the water is more involved than you might think.

You can also expect saltwater aquariums to be more expensive too. This is because they often need specialized equipment like powerheads and protein skimmers. Live rock is also needed to help with the filtration of the aquarium – this is another add on cost and the price varies depending on the type of rock you chose.

Is A Saltwater Tank Harder To Maintain Than A Freshwater Tank?

A saltwater tank has more water parameters to keep track of. This means that they are slightly harder to maintain than a freshwater aquarium.

Also saltwater aquariums tend to be larger (due to the decreased amount of dissolved oxygen available) so they require more work.

Is A Freshwater Tank Cheaper To Maintain Than A Saltwater Tank?

This is because buying saltwater is expensive and the food costs for saltwater fish and reefs can also add up as well. These ongoing costs do not apply to freshwater aquariums.

Can A Beginner Keep A Saltwater Tank?

They just need to be aware that they are more expensive and harder to keep than a freshwater aquarium.

If you are new to fishkeeping then most beginners go with a freshwater aquarium because of the low maintenance and hardy fish. Freshwater fish come in a diverse variety of shapes and sizes so there is bound to be a fish that appeals to you.

Saltwater aquariums are a lot of work but these efforts do not go unrewarded. Saltwater aquariums offer some of the most striking fish and tank environments that will be sure to amaze anyone who views them. The choice between the two aquarium types is one of the most important steps to take. Therefore it is best to know what you are getting into before you take the plunge.

Do you have any questions between saltwater and freshwater aquariums, then let us know in the comments section below…

Harry Greene
While exploring western Scotland's intertidal shoreline and rockpools when he was young, Harry T. Greene developed a keen interest in aquatic wildlife. So much so, that later on in life he went on to study for a Bsc in Marine Biology. Here he learned to hone his interests and skills and discovered his enthusiasm for shallow-water snorkelling and open-water diving. He strives to bring the knowledge he gained from his degree to practical fishkeeping and teaching others about aquatic wildlife.

Cold water aquarium fish can be just as beautiful and fun as tropical fish. Fish that come from temperate waters do not usually need an aquarium heater to survive. The temperature of the surrounding environment is warm enough for them. Read More →

Did you know that there are over 20,000 species of fish in the sea. Over 2000 of these species have made it to the aquarium hobby. Not only are saltwater fish usually more active they are also some of the Read More →

Moneywort is a tropical freshwater plant that is ideal for beginner aquarists. They are so popular because of their easy maintenance and versatility. This plant has the ability to be placed in different locations around the aquarium to create a Read More →